It’s October 2. That means we only have 29 days to figure out costumes. I’m not sure if Thomo and I will dress up this year since the only thing we have going on is taking the kids out to trick or treat. But hey, AMERICA! It’s exciting to be able to walk around actual neighborhoods this year and not through the housing apartment buildings on post.

Back to costumes…the kids know exactly what they want to be. For now anyway. I’m going to get on it and get these costumes before they can change their minds at the last moment.

Layla wants to be an enderman (from Minecraft)… I’ve been pinteresting and have found some fun/easy options for her. Timmy says he wants to be Green Lantern. I don’t think he knew who he was other than the action figure he has. I did get him watching the Green Lantern cartoon on Netflix though so at least he knows a little more and still wants to be him this year. And as much as I’d like to get crafty with this Im thinking I’ll just end up ordering something again. Like this…

And because I love Halloween, we’re going to do a look back through past costumes.

Spiderman and a cat/ballerina…thing. And our friends Ariel and Flounder.

And another cat/fairy thing and a dinosaur.

And of course we can’t leave out the year T and I went as ninja turtles. 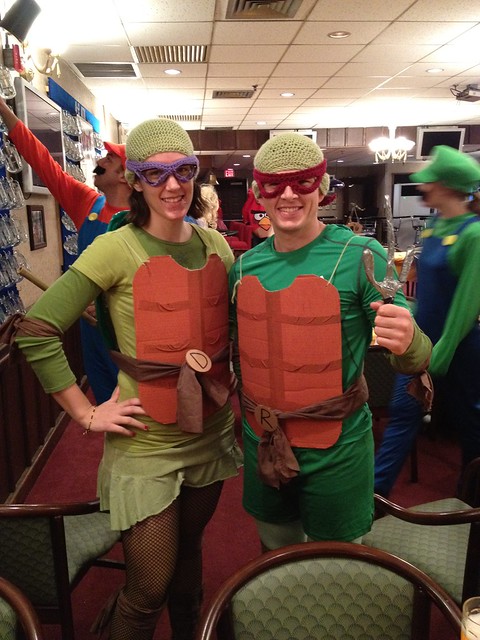 And Sheldon and Amy 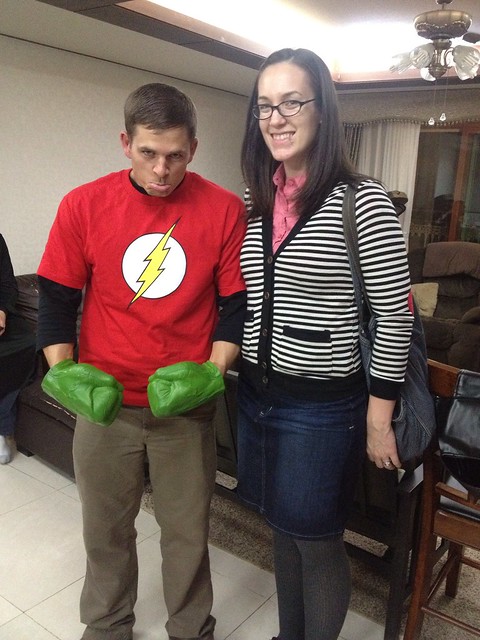 And my all time favorite… Britney Spears…which was a lot more relevant in 2006.

And I still have that fake belly. I can’t bring myself to get rid of it. 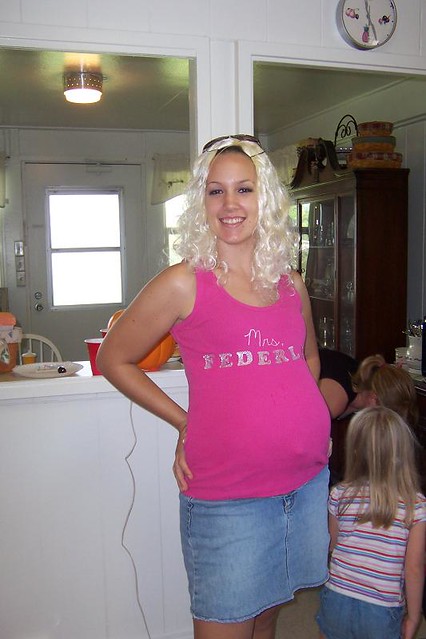